India, a quasi-federal country is on the verge of becoming an emerging nation in the electrical industry among developing economies. The availability of electricity is precisely linked to the Gross Domestic Product (GDP).

The industry sector is the leading sector of India where Manufacturing comes under the many other industry sectors. The manufacturing sector has become one of the most emerging sectors in India especially after the “Make in India” campaign was initiated by the Prime Minister of India – Narendra Modi considering the goal for India being a completely self-financed country by 2020. Amongst them, the manufacturing of transformers in the electrical sector is one of the booming products which is thriving in the industry. Around the world, India is the fifth country in the overall production of electricity (China, USA, Japan and Russia) yet various countries are preferring India to be a hub for manufacturing products especially in the manufacture of Transformers. 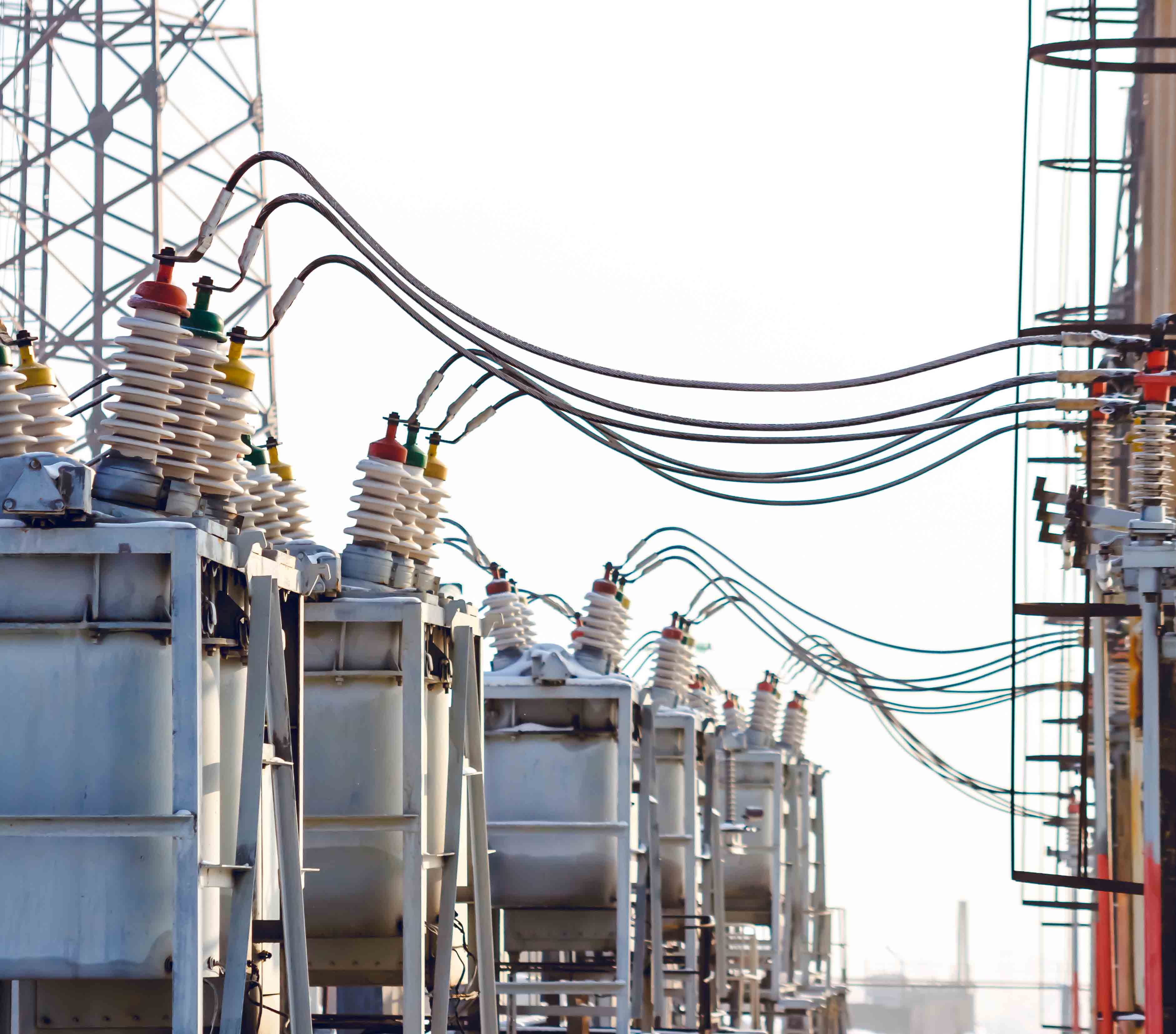 Transformers were invented in the late 19th century. Ever since, Manufacturers in India have created capacities to fabricate a wide range of hardware to satisfy the nation’s need for transformers as much as 1100 Kilovolts Ampere (kVa) and going up to 11000 kVa. The business has gathered its reputation regarding quality, cost, and conveyance in the local just as abroad advertises.

A transformer is a device which transfers electrical energy from one circuit to another through coupled conductors and is the second most costly equipment in the power system. It is used to bring the current up or down in an AC (Alternating Current) circuit. A transformer can be used to convert AC to DC (Direct current) power. Each house gets its current from a transformer through this process. There are different types of transformer based on their uses for different amenities as it involves the change of voltage in each of its type and they are:

But primarily there are two types of transformers, Voltage transformers and Potential transformers. The primary, connected phase to ground or phase to phase. The secondary is usually grounded on one terminal.

The Government of India has taken several initiatives to promote the growth of electricity in the country. Some of the notable initiatives and developments are:

• The “One Nation One Grid” for affordable power to states initiated by the Finance Minister Nirmala Sithraman in the union budget 2019. This plan’s motive was to provide free electricity connections to the poor and at a very low cost to others. The above-stated plan was reinstated in a different form after the Prime Minister Narendra Modi launched the Saubhagya-‘Pradhan Mantri Sahaj Bijli Har Ghar Yojana’in September 2017 which had the primary goal to provide electricity connections to all households in rural and urban areas.

• An indication of a major change in the power distribution sector of India as the two leading public sector businesses namely NTPC and Power grid corporation of India have allied to set up National Electricity Distribution Company. Considering this huge step taken, NTPC – the leading power generator and Power Grid – owns India’s largest power transmission network should be focussing on their primary goal to enter consumer electricity supply business.

• The “Power for all” scheme initiated by the Ministry of Power headed by Piyush Goyal. Preparation of state-specific ‘ 24X7 Power for All ‘ intervention schemes concerning the adequacy of production, transmission capability and storage scheme was filed for 29 States / Union Territories.

• Ministry of Power informed the amended Tariff Policy with a concentrate on ‘ 4 Es ‘ i.e. Electricity for all, Efficiency in ensuring accessible tariffs, Environment for a sustainable future, Ease of doing business to attract investments and ensure financial viability.

• Launching of a scheme called Deendayal Upadhyaya Gram Jyoti Yojana (DDUGJY) for rural areas: The scheme provides for (a) separation of agriculture and non-agriculture feeders; (b) strengthening and augmentation of sub-transmission and distribution infrastructure in rural areas including metering at distribution transformers, feeders and consumers end; and (c) rural electrification.

(a) reinforcing of sub-transmission and appropriation organizes in urban zones; (b) metering of dispersion transformers/feeders/shoppers in urban regions; and (c) IT enablement of conveyance part and fortifying of circulation arrange.

• Operationalization of Power System Development Fund (PSDF): PSDF will be used for the undertaking proposed by dispersion utilities for (a) making essential transmission arrangement of key significance; (b) establishment of shunt capacitors and so on for development of voltage profile in the model; (c) establishment of standard and extraordinary assurance plans; and (d) Renovation and Modernisation of transmission and conveyance frameworks etc.,

• Guidelines and Model Procurement papers on’ short-term Procurement of energy by utility licensees through tariff-based tendering procedure’ and’ Medium-term procurement of electricity from Finance-based, own and run (FOO) energy plants.’

Purchase and Sale of Power

• All sale or purchase of power to meet the annual average demand for power of an area will be done through long/ medium/ short term PPAs. Penalties will be levied by the Central or State Electricity Regulatory Commission (CERC/SERC) if either party fails to comply with such PPAs.

• Tariff determination: For the retail sale of electricity, the CERC/SERC will determine only the ceiling tariff, and the supply licensee may charge any tariff below this ceiling. The ceiling tariff will be determined based on normative costs and standards of performance as laid down by the Commissions. The draft amendments also state that any penalty levied under the Act will not be accounted into the tariff, and will not be passed on to consumers as part of their tariff.

• Tariff in case of bidding: The draft amendments provide that the Commissions will not determine the tariff for retail supply to consumers if the electricity has been procured through competitive bidding. Any tariff determined through such transparent bidding will not be re-determined by the Commissions.

• Direct subsidy: Under the Act, the state governments provide for subsidies to a consumer through an advance payment as determined by the SERC. Typically, this subsidy is transferred to the state discoms, who incorporate these subsidies directly into the tariffs for consumers. The draft amendments provide that if a state government or the central government seeks to provide a subsidy to any consumer, it will do so through direct benefit transfer to the bank account of the beneficiary.

• Cross subsidy: The draft amendments provide that the cross-subsidisation of tariff within a distribution area will not exceed 20%. Further, such cross-subsidies will be progressively reduced and eliminated within three years. The CERC/SERC will determine the trajectory for such reduction and will ensure that the reduction in cross-subsidy is not less than six percent every year.

The Act does not define renewable sources of energy. The proposed amendments define renewable energy sources to include hydro, wind, solar, biomass, bio-fuel, waste including municipal and solid waste, geo-thermal, tidal, co-generation from these sources, and other sources as notified by the central government. The maximum capacity for a hydro plant to be classified as renewable will be notified by the central government.

• The draft amendments define smart grid as an electricity network that uses information and communication technology to gather information and act intelligently in an automated manner. This should help improve the efficiency, reliability, economics, and sustainability of generation, transmission, and distribution of electricity. Such smart meters should be installed at each stage, for proper measurement of consumption.

Electricity is one of the necessities of humankind falls under the primary sector and for it to reach the public who are the consumers, the need of transformers is utmost important as it acts as a stabilizer while electrifying each house.

The above policies and bills are amended for electricity which indirectly leads in the manufacturing sector ( Secondary sector) where the transformers are built. They are among the most expensive equipment built-in power plants and various other substations. The cost of each transformer ranges between 40000 -1300000. Considering the union budget 2019 and also the other plans/schemes amended by the government of India, various organisations are bidding the best possible price for the manufacture of transformers in the country. By taking up these projects, the organisations both public and private will earn a good portfolio within the country and also around the world is what is believed. This will find a place in the growth of our GDP which is declining. India has been seen as an economical country where the quality of products has been on par to the competitors around the globe, this is with respect to the manufacturing of Transformers. The approach is focused on collaboration with the States based on economic development. The central government is on the process of enabling policy framework job, provide opportunities for the growth of infrastructure on a Public-Private Partnership (PPP) basis through suitable funding tools and encourage state governments to embrace the tools supplied for in the policy.

With an approximation of 200 crores individuals joining the workforce over the next century, the manufacturing sector will have to generate profitable jobs for at least 140 crores individuals especially in the manufacturing of transformers with all the contingencies present and requirements in the country to achieve a brighter future and also accelerate the growth of the other sectors. Wherein, to achieve greater success with the help of producing and promoting transformers that are made in India, the strategy recommends creating an appropriate atmosphere appropriate for the country’s holistic development.